ANSAathletics purpose and passion is to increase the number of Icelandic basketball players attending university level institutions in the US. United States. ANSAathletics is a company working on facilitating and supporting Icelandic basketball players (men and women) in acquiring student – athlete scholarships to attend school and develop and progress as individuals and as basketball players. ANSAathletics expertise and experience helps student athletes in presenting the player profile, statistics as well as personal and academic information to schools in the US. The company works with the player and the family in deciding the school and environment that best suits the athlete. Finally ANSAathletics reaches out to appropriate schools according player abilities and skillset and in accordance to any whishes the player may have on the school environment or academics.

ANSAathletics welcomes inquiries from US college coaches and staff, both men´s and women´s basketball, about Icelandic basketball and player information from a list of players that have signed up with ANSAathletics aiming to finding a school in the US. Please contact ANSAathletics at ansaathletics@ansa.is or call +354-853-8670. We will usually respond the next business day.

The ANSAathletics team is comprised of three passionate basketball veterans that have played and coached home and abroad and possess decades of experience in everything around basketball.

Danielle Rodriquez works in player development, was born and raised in Los Angeles, California. In high school she was Student Body president of a 4,000 student school and a four sport athlete but excelled in Track and Field and basketball. In the summer basketball club season she played for Cal Swish, one of 32 Nike Girls EYBL Teams.

She was 15 when colleges started recruiting her for her basketball and running talent-even racking up scholarship offers to compete in both in college. Dani decided she would accept a full ride to the University of Utah on a basketball scholarship. In 2016 she graduated with a bachelors degree in Business Marketing. During her career as a Ute she started 128/129 career games, was a three time Pac-12 All Academic Team member, a Pac 12 All conference honorable mention and is currently 5th in school history with 452 assists.

During her senior year she was one of five NCAA Division 1 basketball players named to the Allstate Good Works Team for her voluntary service. After college Dani accepted the opportunity to play professionally in Iceland. She played with Stjarnanfor three years and KR for one year in the Dominos Dieldan. She had impressive averages in her playing career in Iceland with 25 ppg, 7.6 apg, 9.6 rpg, 2.5 spg, all while averaging 30.5 in efficiency. During her four years of playing, Dani was involved with coaching both boys and girls between the ages 6-18.

In the summer of 2019 Dani assisted the Iceland’s U20 Women’s team in Kosovo. After the cancellation of the 2020 season, Dani decided she would step away from playing and take her first steps into coaching full time. She is currently working as a full timecoach in Stjarnan. She is assisting with the Stjarnan Men’s team, as well as coaching girls ages 2002-2008. In august she was also named an assistant coach for the Senior Women’s Icelandic Team. From Dani’s own experience being recruited by colleges, she knows that finding the best fit is crucial to make the best experience for the student-athlete.

Hlynur was a key player with the Icelandic national team when it made its first appearance in EuroBasket in 2015 and again in 2017. He is one of eight players who have played at least 120 games for the national team.

A prolific rebounder, Hlynur led the Úrvalsdeild in rebounds twice and the Basketligan once. In 2019, he became the Úrvalsdeild all-time career rebounding leader. Hlynur started his career with Skallagrímur in the Úrvalsdeild in 1997 but moved to Snæfell in 2002. He spent the next three seasons there. Snæfell lost to Keflavík in the national finals in 2004 and 2005.

In 2005 Hlynur joined Woon! Aris Leeuwarden of the Dutch Basketball League. For the season he averaged 11.8 ppg and 11.0 rpg and appeared in the Dutch all star game. He rejoined Snæfellafter the season and spent the next four seasons there. Snæfell once again lost to Keflavík in the 2008 finals before finally beating them in 2010 and winning the first Icelandic championship in the history of the club.

From 2010 to 2016, Hlynur played in the Swedish Basketligan for Sundsvall. In 2011 he won the Swedish championship and in 2013 and 2014 he was named the Basketligan’s best defender.

In August 2016 Hlynur signed with Stjarnan of the Icelandic Úrvalsdeild. Hlynur was a part of the first Icelandic national basketball team to qualify for a EuroBasket tournament, in 2015 where he averaged 10.8 points and 7 rebounds per game. In February 2019, Hlynur announced that the Iceland’s upcoming game against Portugal on 21 February 2019 would be his last for the national team. He retired after Iceland’s 91–67 victory, where he led all players with 12 rebounds along with his 7 points. In July 2019, Hlynur agreed to return to the team for its games against Portugal and Switzerland in the EuroBasket 2021 qualification due to injuries in the squad. Alongside his playing career, Hlynur has a long coaching experience, coaching at alllevels in Icelandic basketball and is currently the head coach for Stjarnan basketball club.

Magnus pursued and graduated with a with BA degree in International Business from the University of Alabama, Tuscaloosa AL,  in 1994. Magnus earned his MSc in Strategic Management from the University Iceland in 1999. Magnus played with local team Keflavik (where the international airport is) and won the national title throughout the years growing up and playing with Keflavik. Magnús played 16 games for the Icelandic national team. Magnus was on the national team squat that travelled and played colleges in the Northeast around New York in the US as preseason games for the respective schools. The national team played against schools like Harvard, Hofstra, Fairfield and Iona. Magnus was selected rookie of the year in Iceland in 1988.  Magnus played when Keflavik won the first national title for the club in Iceland in 1989. 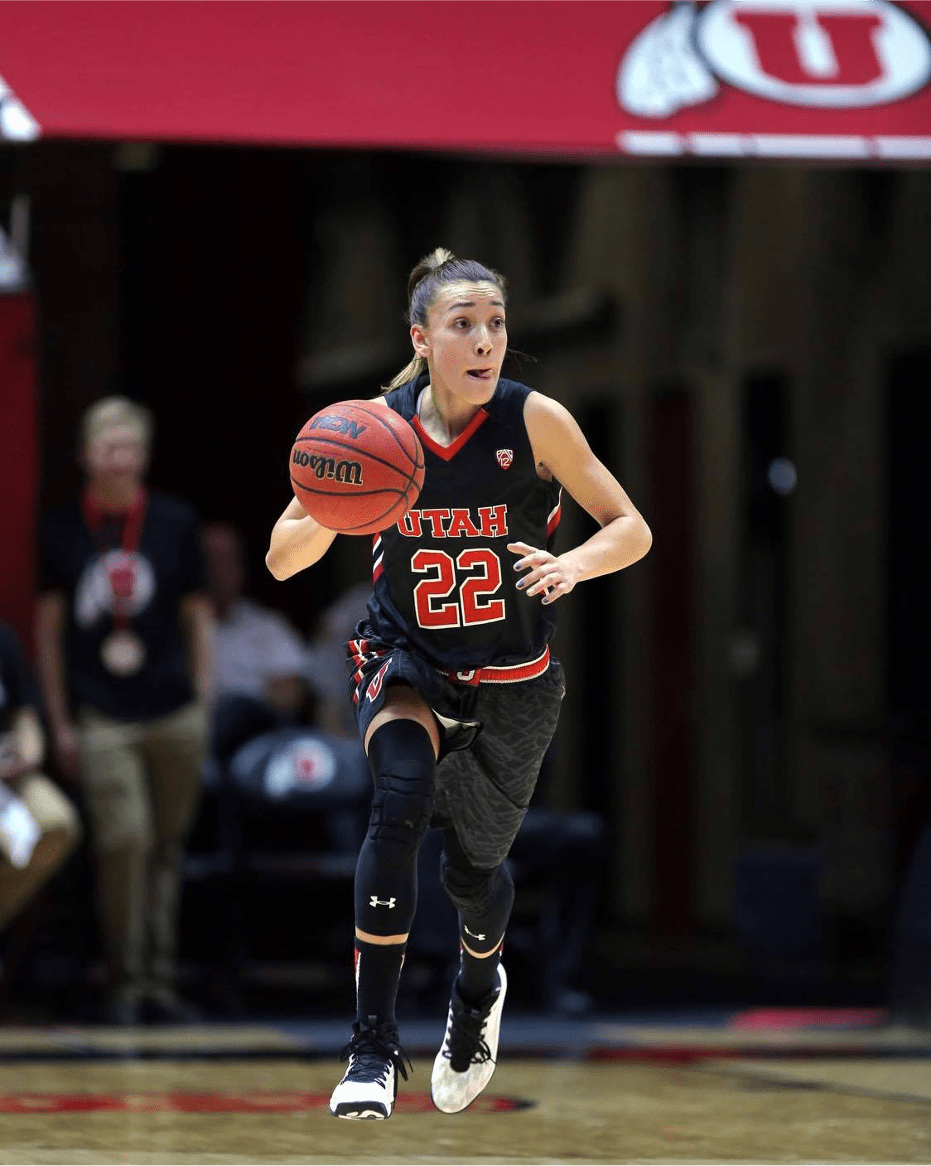 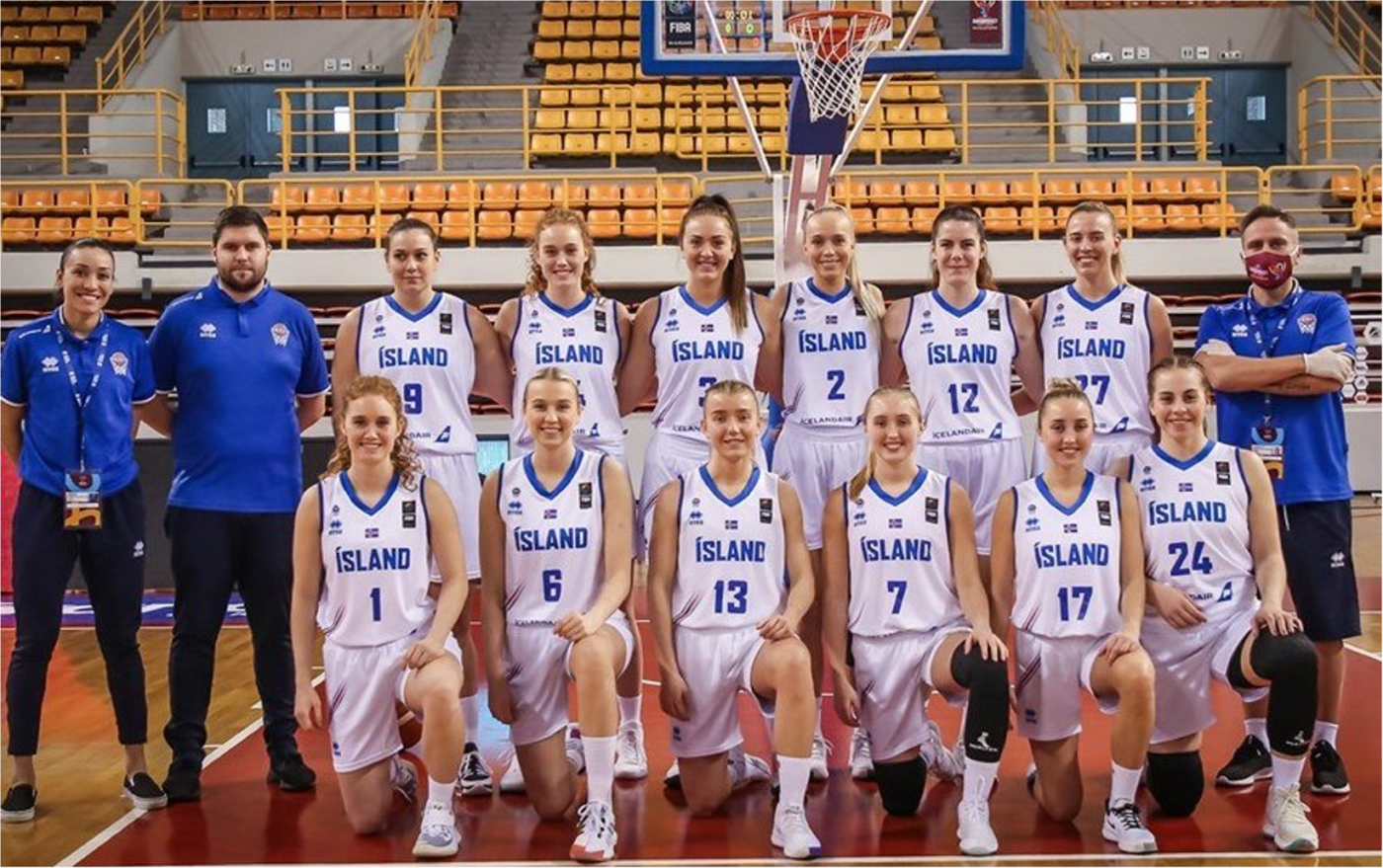 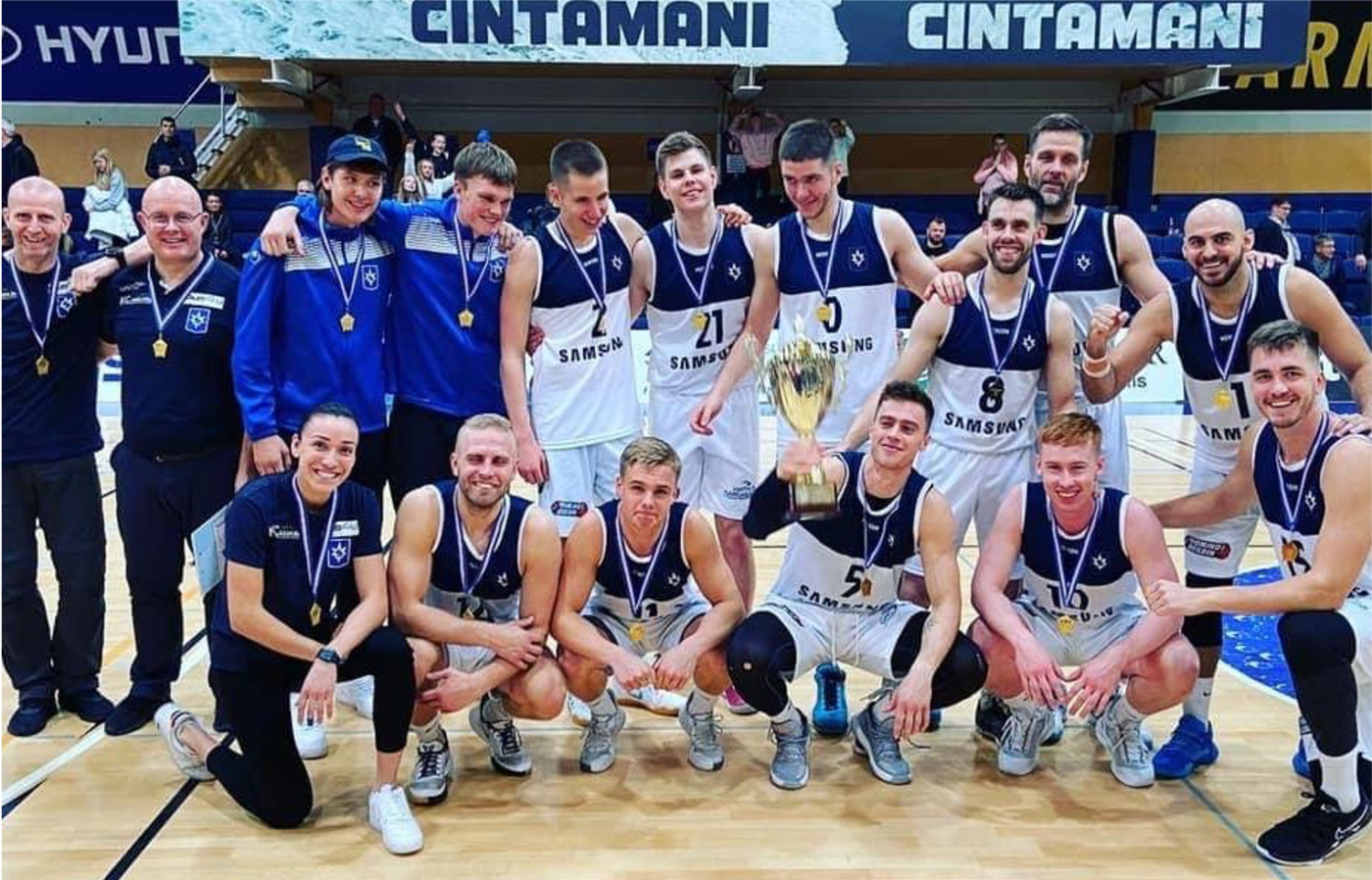 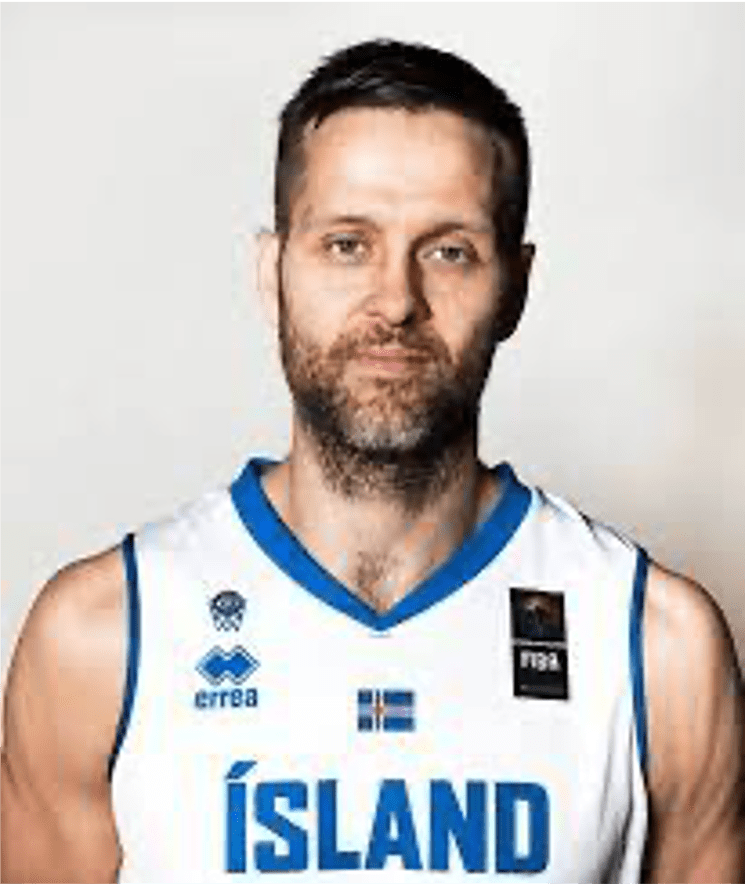 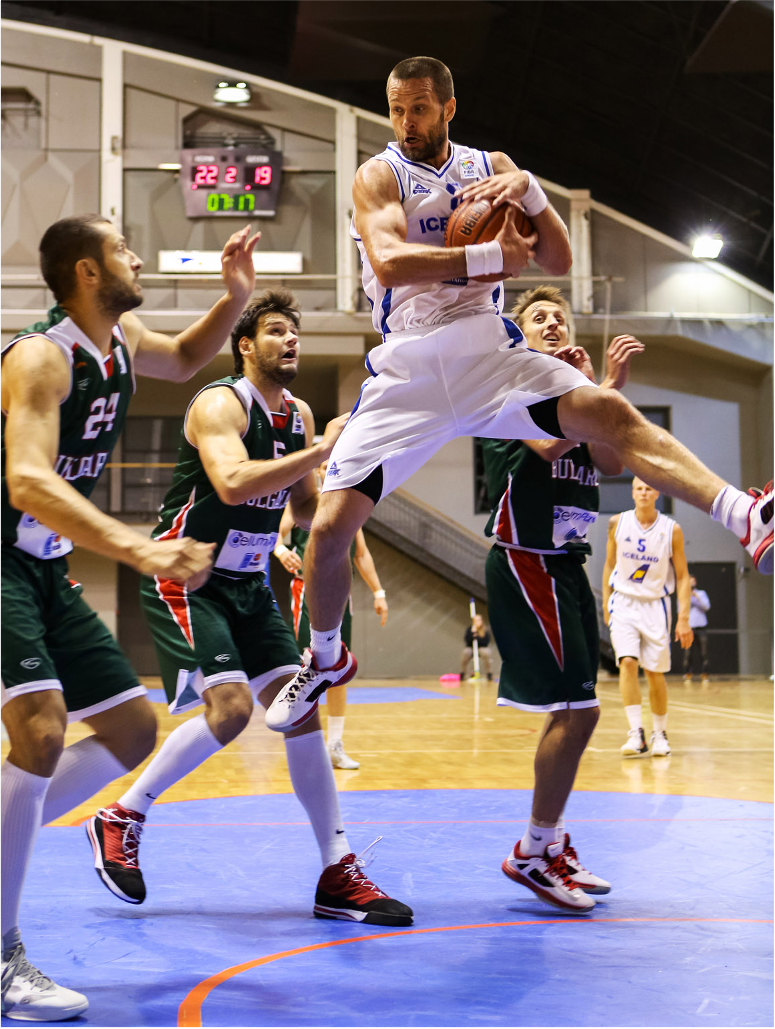 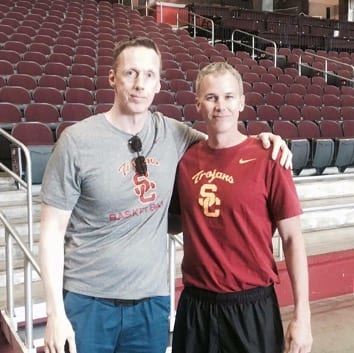 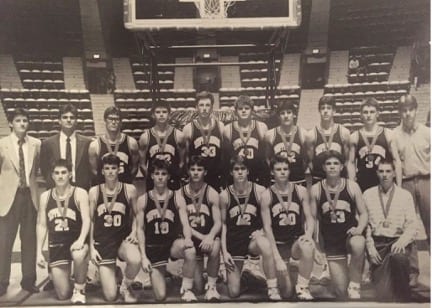 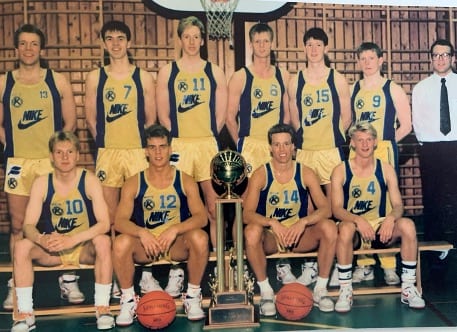 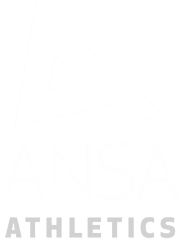